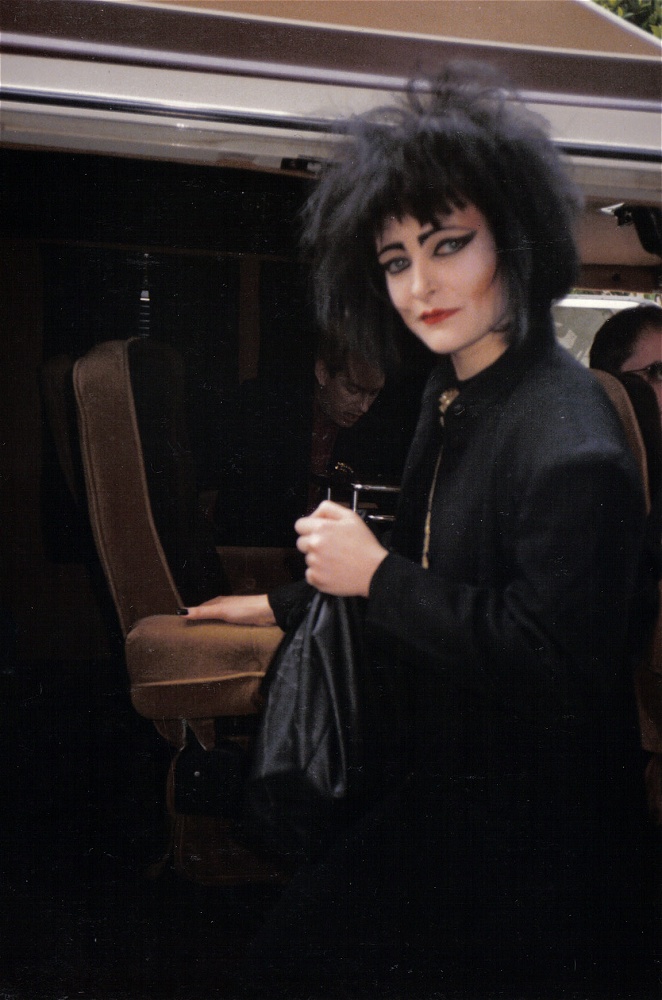 Goth-inspired 80s fashion was one of the darker styles that saw a lot of runway utilization. 1980 to 1989 brought about many variations of punk and new styles such as Goth. The style got its roots in Punk music and literature. In the early 1980s, punks were among those who stood out from society wearing torn clothing. They wore ripped T-shirts with holes, chains, and spikes, which became a postmodernist symbol for anarchy and rebellion instead of conforming to society’s rules and traditions, especially those they didn’t like.

At first, people started calling this dark style New Romantic until it evolved into Gothic, where black clothes were typically worn for gloomy purposes aside from its “fashionable” appeal. The dark style popular during the 80s was about clothes, makeup, and hairstyles that made a character look more sinister, pale, and gaunt-like. Lipstick would be stained with black or blood-red shades of color, perfect for women who have a fair skin tone.

Heavy mascara from top to bottom eyelashes was used to accent on eyes often lined with kohl eyeliner, giving off a mysterious vibe. Eyebrows were thinned out, as well as hair dyed in raven black. In the mid-1980s, there was a rise in Gothic rock bands such as Bauhaus, The Sisters of Mercy, and many that adopted these goth styles.

The initial Goth fad died down but was revived by the late 80s, where heavy metal music and grunge culture greatly impacted how people dressed.

Goth-style clothes have a distinctive look, so finding goths in public is easy. Goths are often seen wearing fantasy-themed clothing, especially black religious robes or dresses. Also famous is a punk style leather jacket with spikes, or an elegant dress for women. This unique brand of dark clothing often has velvet trim on cuffs and collars, lace around sleeves and hemlines, skull prints, fishnet stockings, Victorian-style brooches, and other accessories. Even though the ‘goth look’ isn’t necessarily always black these days, some staples are still essential for any wannabe goth girl or boy.

In addition to the clothing, goth makeup is also quite easily identifiable. Goths often have ashen skin, black lips, and dark eyeshadow. They might also have tattoos, piercings, and other body modifications. The hairstyle of choice is usually long and straight with lots of volumes, although it can be spiky if you’re going for a punk look.

Getting goth style is not difficult, just some basics like black clothing, pale makeup, and lots of accessories will do the trick.

Here are some famous examples of the goth style:

If you want to achieve a goth look, start by choosing dark colors like black, navy blue, or burgundy for your clothing. Go for minimalistic makeup with pale skin tones and kohl-lined eyes. Wear hair long and straight with lots of volumes, and teased bangs/fringe brushed to one side. Accessorize with chains, spikes, and leather straps. Experiment with different clothes such as leather jackets, fishnet stockings, or torn jeans.

So, now you know how to dress like a goth. Just remember, it’s all about expressing yourself and having fun with your clothes! So go out and experiment, and see what works best for you. Goth clothing style is all about feeling comfortable in your skin and standing out from the crowd.

It often has a high quality, but it can sometimes lack cohesion.

Some key pieces include lace collars, velvet, and earth tones.

There are a few key differences. For example, modern goth fashion often features blacker, including fishnets.

It can be styled with dramatic or straightforward makeup, depending on the occasion.

Some essential accessories include black lace gloves, chokers, and hats.