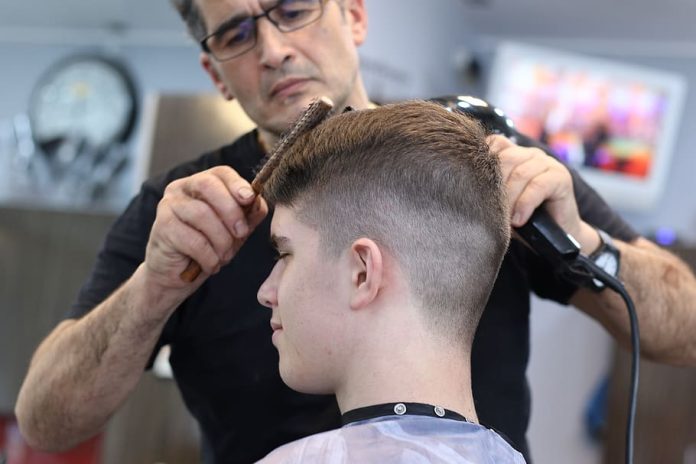 360 waves (or 180 waves, or 720 waves) are laid-down curls. African-American men tend to have this hair pattern, which dates back to the early days of civilization among the Egyptians. The waves can be formed by constantly brushing short hair. This ongoing treatment of short hair creates the illusion of waves on the head as it creates curls and ripples over time, just like a sea wave.

Regardless of the style, your pattern waves are a classic look for black men. It makes your hair look neat, but it also makes it the topic of conversation in any setting. If you are interested in learning how to surf waves or taking your surfing to the next level, look no further. This article will explain everything you need to know about 360 waves haircuts in detail.

Before beginning your wave journey, you need to pick up a few things from your local health and beauty store. A wave journey requires consistency and time. Below are a few items to help you accelerate your 360 wave journey. Among the essential items you need are:

How to get 360 waves haircuts?

You don’t have to be a professional to get waves. With patience and consistency, most people who follow a strict guide start to see waves in as little as one month. In this article, we cover general ways to get waves. Besides getting waves in different forms, we will also teach you how to get waves in 180, 360, and 720 degrees.

Step 1: Cut your hair in a wavelength.

You can choose from a variety of haircuts for waves. Here are some ideas:

Step 2: Shampoo your hair and condition it.

How often should you shampoo your hair?

Your hair shouldn’t be washed every time you shampoo it. Some people choose not to use shampoo because over-shampooing dries out hair and removes its essential oils. Some people opt not to shampoo their hair every day but rather shampoo twice per week. It is always a good idea to use a conditioner after shampooing to help restore the oils lost in the shower. Some wavers skip shampooing their hair and only use conditioners to keep their hair moisturized. If you follow this method, you can wash your hair every day.

Step 3: Apply the pomade of your choice

Because it is the most critical thing you need to do to get waves, it will require a lot of commitment. It would be best to brush while in the shower, at home, watching television, using the bathroom, etc. Even at school or at work, you should bring your brush. Brush, brush and then brush some more. To create the wave pattern on your head, you should brush as often as possible. Here are some things to avoid when brushing waves:

If you have completed your brushing session, you must wear a durag. A durag is a silk fabric that keeps your hair down and pressed. Durags should be tight enough on the head to press it down but not too tight to give you a headache.

What is the name of the 360-wave haircut?

What Are 360° Wave? What is a 360-wave haircut, then? This fashionable Afro hairstyle advises letting your curly hair fall so that it forms a wavy pattern. However, it also goes by the titles 180 waves, 720 waves, & trying to eat waves.

When should you cut your hair 360 degrees?

Haircuts remain an integral part of the wave process, though they should be given less frequently than when there are no waves. Your hair should be washed every two to four weeks, depending on how long you want it to be.

At what number should you cut it for waves?

When you want an optimal wave, keep your hair at least 1 12″ short, but you can begin the brushing process (read on) even with short-cropped hair. From now on, you will trim your hair with short clippers around your head for at least six weeks, so make sure you visit a barber you trust.