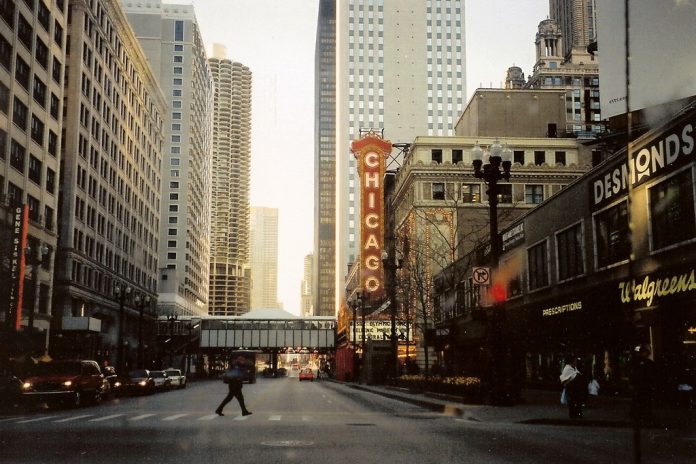 As America’s only non-coastal major city, Chicago is called the “Jewel of the Midwest.” Because of its geographic location, Chicago has played an essential role in transportation and commerce. Located along the shores of Lake Michigan and home to world-class universities and sports teams, Chicago is a city with a diverse economy and miles of beaches and waterfront.

Chicago has been named “Best Big City in the United States” by Condé Nast Traveler for the past three years. According to Numbeo’s cost of living index, Chicago scored 82.23 out of 100 in September 2022, which means that the cost of living in Chicago is around 20% lower than in New York City (the index’s benchmark). When you include the cost of living, the city’s score drops to 69.00. While living in Chicago is 23 percent more costly than the rest of the country, you can get a lot for your money there, considering the city’s benefits.

Chicago ranks 11th among large American cities based on average rent prices in June 2019. Chicagoans, then, pay relatively low rent for a significant town (compared to, for example, San Francisco, where the average rent is a staggering $3,700). Chicago had a rent average of $1,948 in September 2022, while the national rent average was $1,463.

The most expensive areas to live in are River North, Streeterville, and River West, and the least expensive places to live are West Pullman, The Island, and Austin. It is significantly more affordable for Chicago residents to live with roommates, as it is substantially less expensive than living alone. On average, Bungalow private rooms in shared houses in Chicago are 24% cheaper than a studio apartment in the same neighborhood.

The cost of rent is high in most big cities, but homeownership costs are even higher, making rent more affordable than mortgages. Despite this oversupply, home prices in Chicago have fallen below the national average because of excessive supply. Chicago’s median house price in January 2020 was $281,000, just slightly more than the national average of $245,000. Consequently, purchasing a home can be more cost-effective than renting in many Chicago circumstances. In addition, Chicago has twice the national average in property taxes, at 2.3%, increasing homeowners’ annual costs.

Furthermore, the typical house in Chicago is considerably less expensive than in other cities. Massachusetts and Washington, D.C. are approximately three times more expensive than Chicago. You can also appreciate this difference by looking at the price per square foot: For $200,000 in Chicago, you will get 1,102 square feet of space. You can only live in 126 square feet in Manhattan for $200,000!

Over the last few years, Chicago’s real estate value has not increased as rapidly as in other parts of the country. This is positive for buyers but not suitable for investors looking to flip a house for a quick profit. If Chicago homeowners want a more significant return on their homes when they sell, they should stay longer or make substantial improvements.

The average Chicagoan pays $132 per month for utilities, including gas, electric, water, and trash collection. Chicago has a lower utility bill than the rest of the nation by about 7%. Chicago households spend an average of $68 on internet service each month. A 9% tax on streaming services like Netflix and Spotify contributes to the city’s slightly higher rate than the national average of $60. There are high taxes on Chicago’s cell phone bill as well. The city levies a surcharge of 43% on cellular plans, which is the highest in the country.

It is possible to eat well in Chicago on any budget, from hot dogs to Michelin star fares. In addition to its reasonable prices, New York City imposes the highest sales taxes in the nation and a restaurant tax of 0.5%. At airports and in the downtown area, there is an additional 1% surcharge. Considering that a full-service dinner in a restaurant costs roughly $33 (30% less than in New York City, but still on par with the national average). You can expect a $16 lunch at a restaurant.

There is a 2.25% tax on groceries in Chicago, but they are not particularly expensive overall. The average cost of food per person in Minneapolis, MN, is $299 per month, similar to Miami, FL.

Chicago commuters rely on public transportation 30% of the time, making it a great option. Despite its size, Boston has the most extensive public transit system in the nation: A 30-minute transit trip can take you across the entire city. It is easy to get to almost 98% of jobs by public transit, making it even more convenient.

There is a $2.50 fare for the famous “L” elevated railway and a $2.25 fee for the bus. The cost of a monthly pass for the Chicago Transit Authority, which is valid for buses and trains, is $105. New York City and San Francisco monthly passes are less expensive, while Boston’s are more costly.

Driving in Chicago is more expensive than in other cities. According to the EPA, the town’s gasoline cost was around fifty cents more per gallon over the past year. Chicago’s least expensive auto insurance ranges from $672 to $1,212 per year, depending on the provider. Unlike the rest of Illinois, you’d pay $150-230 more annually, but still far below the national average of $1,427.

Chicago residents must pay the city’s Wheel Tax. Each year, car owners must purchase a Chicago City Vehicle Sticker, which costs $90.88 to $144.33 according to the vehicle size. Compared to other major cities, Chicago is relatively less expensive for monthly parking than metered or off-street parking.

Read More: What Is The Best Way To Wrap A Truck? How Much Does A Truck Wrap Cost?

Since Chicago has a cheaper cost of living than many other major cities, many companies here pay lower salaries. Just over 57,000 people live in this area, which is 7% above the national average, but much less than in Boston or San Francisco. Legal jobs in Chicago pay $128,000 per year, ranking among the most lucrative in the city. There are 17% more lawyers in Chicago than anywhere else. With salaries over $72,000, Chicago has the country’s best-paid construction and extraction jobs.

If you are considering moving there, you can use a cost of living calculator to help you budget your expenses in Chicago, IL. Windy City’s affordable housing, grocery prices, and public transportation may surprise you. Don’t forget to account for taxes if you eat in a restaurant or own a car.

How much money must you make to live in Chicago?

Chicago’s average full-time wage is $46,144 annually, with the 90th percentile of earnings in the city making $68,371, thus according to ZipRecruiter. The income required to live inside the city varies based on your rent, considering our brokers advise allocating about 33% of your quarterly stand pay to rent.

Why is Chicago’s rent so high?

Since 2021, the rental rate in the Chicago area has increased by about 9%, as reported by the online apartments marketplace Apartment List. Rents have grown due to a mix of inflation and higher demand for housing as people recover from the epidemic, and there is little to no indication that prices will decrease relatively soon.

Can I live in Chicago on a specific salary?

When you factor in housing costs, transportation, utilities, and groceries, a person living in Chicago needs to earn around $94,917 for rent and $84,765 for a homeowner.

What is the cost of living in Chicago?

Living in Chicago is more expensive than the national average. Aside from San Diego, Seattle, and Boston, Chicago is among the top 10 most expensive cities in the nation.

What is the cost of living in Chicago like?